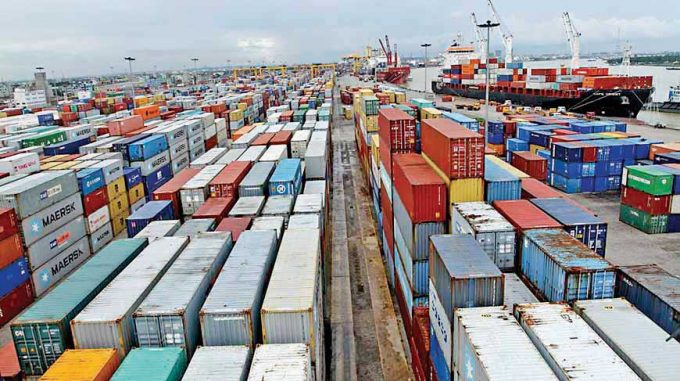 Despite facing week-long disruptions in mid-May, due to Eid-ul-Fitr-linked holidays and the Covid-19 slowdown, cargo volumes through Chittagong port last month continued to be positive, showing an upward trend on previous months.

The figures show cargo volumes are now close to post-Covid levels and businesses say it indicates that trade is normalising.

“Exports are like the normal [pre-pandemic] period while imports are comparatively higher,” said a representative of a mainline operator in Dhaka. He added: “Demand has increased in the western nations as the pandemic situation eased.”

The newly elected president of the Bangladesh Garment Manufactures and Exporters Association (BGMEA), Faruque Hassan, said this week apparel may make a full recovery by October, following the opening of retail stores in western nations.

Apparel exports were 6.24% higher during July-April compared with the same period last year.

Alamgir Hossain, a local electronic goods manufacturer, said that, as domestic demand was rebounding, the import of goods and raw materials was also increasing.

Former BGMEA president Siddiqur Rahman said May-June was normally the peak for garment exports, but added: “We can’t say now what is going to happen in the coming months. But it is very good sign that coronavirus infections in Europe and America have fallen.”

However, he was fearful that China and India were again seeing a rise in infection rates. Bangladesh sourced the majority of its raw materials from China to make goods for export, he said.