The inaugural Meeting of Anti-Piracy Contact Points and Workshop on Piracy and Armed Robbery against Ships involving participants from Africa, Asia and Europe was held in Singapore Wednesday (Jan 11). Organised by the Maritime and Port Authority of Singapore (MPA) and the Regional Cooperation Agreement on Combating Piracy and Armed Robbery against Ships in Asia (ReCAAP) Information Sharing Centre (ISC), the two-day meeting gathered about 20 participants to foster closer linkages amongst anti-piracy contact points to enable more effective information sharing and communication. Timely sharing and dissemination of information can often play a decisive role in deterring incidents of piracy and armed robbery against ships. 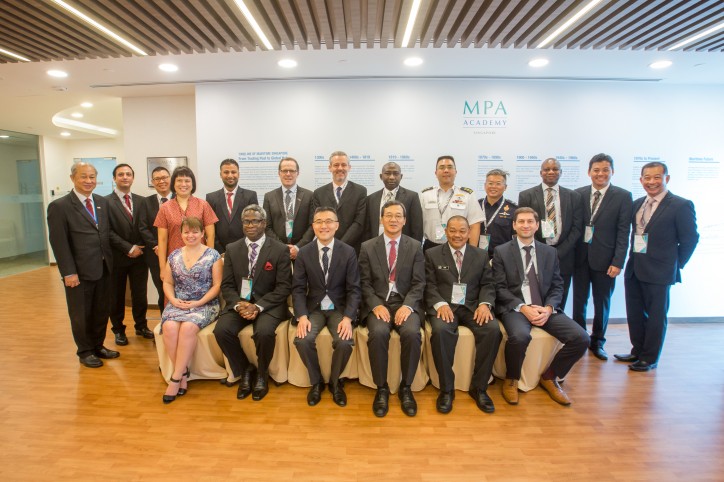 Mr Andrew Tan, Chief Executive of MPA said, “The aim of this initiative is to enhance networking and information sharing among anti-piracy contact points from Asia and Africa, as well as international organisations like the International Maritime Organisation, to combat the problem of piracy and sea robbery in these two regions. While the nature and circumstances of the problem differ between the two regions, there are valuable lessons and best practices to be gained in this cross-sharing of experiences. We hope that this would be a useful starting point to grow a self-sustaining community of anti-piracy contact points that continue to maintain and develop ties and share information with one another.”

Besides getting a better understanding of each other’s work, participants were also able to share and exchange best practices, protocols and experiences in information sharing. Presentations, case studies and panel discussions covering co-operative information sharing mechanisms, such as the ReCAAP ISC, the Djibouti Code of Conduct Information Sharing Centres, Republic of Singapore Navy’s Information Fusion Centre (IFC) and the Inter-regional Co-ordination Centre on Maritime Safety and Security for Central and West Africa allowed for a good exchange of views. There was also a dedicated session with the shipping industry, in particular those with vessels that ply key routes through Asia and Africa.

Mr Masafumi Kuroki, Executive Director ReCAAP said: “We are pleased to organise this event with the ReCAAP Focal Point for Singapore, MPA to promote closer working ties and work towards ensuring the safe passage of vessels for the shipping community. Even though the incidents of piracy and sea robbery in Asia, and particularly in the Straits of Malacca and Singapore (SOMS) have declined since the beginning of 2016, we need to stay vigilant to combat piracy and armed robbery against ships as these are still threats to international shipping.”

This sentiment was echoed by the representative from the International Maritime Organisation, Mr Javier Yasnikouski, Head Maritime Security and Facilitation, Maritime Safety Division, who shared:

“Given the criticality of information sharing in the global fight against piracy, this initiative, to promote greater interaction between anti-piracy contact points and maritime organisations across Asia and Africa is commendable. It contributes to and complements the IMO’s efforts to raise awareness of maritime security issues that have an impact on international trade and the welfare of seafarers, and encourage a co-operative approach amongst IMO member states and other partner organisations.”

“I applaud this excellent initiative from MPA and ReCAAP ISC. This Meeting and Workshop has not only helped me to know who to contact in the various agencies, especially from Asia, but I was also able to build friendships that would allow for better exchange of information and partnership in the future. I found the presentations, case studies and panel discussions to be very insightful.”